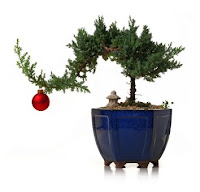 I have this friend. (I know, surprising, right?) She has done a fairly good job at bringing me into adulthood and maturity. Because of her, I have noticed that I am invited to a lot more functions, events and holiday parties especially during this end of the year. I would like to think that this is due to my social and professional improvements, but let’s be realistic – it’s likely because I hang out with her. She’s got good status.

And no, that’s not the only reason why she’s my friend. She’s also my client.

And no, that’s not the second reason why she is my friend. She’s also pretty.

Lately, the parties that she has me attend make me exceedingly anxious. I just don’t know when to cut the cord on the conversation boundary, but my client, good status pretty friend typically knows when to reign me in with a nudge and a look. She answers the question I have never been able to answer, ever: “how much is too fun among the people you define as professional acquaintances?”

She is truly one of my dearest feminatzi friends (who I talk to about off limit topics such as irritable bowel syndrome, the early onset of menopause, the fact that she doesn't sweat, and my paralyzing fear of the esthetician). Granted, she does not allow me to discuss said topics among colleagues, although, when she’s not around, I slip up. Hello, bloggety blog..

Recently, my friend – we shall call her Zhao Wie – invited Pants, Yack and me to HER holiday party where she was hosting her staff. For all intents and purposes, she considers me her staff too based on how much she bosses me around, but I chalk it up to needing that kind of influence in my life right now. Besides, technically I work for her so taking her orders is something I get paid to do, although in certain instances proves to be very difficult.

Her dining room table was blanketed in 20 different types of holiday cookies that she made from scratch. I know this because she called me three days before the party and in a guilt ridden stupor admitting that while she was making cookies, her 19 month old daughter accidently did a half gainer off the kitchen counter onto the floor. “We were making the cookies together.” God, how I love working mothers.

As the night progressed, Zhao and I sat in a corner, huddled together discussing topics that completely intrigued me: gossip, her husband’s obsessive compulsive bike riding, and how she just spent the amount of her monthly mortgage payment on a pair of Jimmy Choos – did I spell that correctly? She wore these art forms while pregnant too, hoofing it through the halls of the State Capitol, while I loudly pointed out how ridiculous it is to wear 5 inchers while 8 months knocked up, and that she needed to move a little faster. It’s a wonder why she doesn’t have varicose veins and turf toe. I must say, though, her feet looked fabulous. But I ain’t going there. I’m going to the Aerosole shop and Larry’s comfort shoes. You never know when you are going to be called upon to play in an emergency basketball game.

Our friendship works because of a mutual respect. I revere her as being the princess feminist that she is, she gives me the space to be socially inappropriate and about a decade behind in my fashion sense – otherwise known as being incredibly cheap. Hello nice sweater from Target. If I wash you, you will cease to be pulled out of my closet and worn. Hello, necklace I borrowed from Zhao, if I ruin you or lose you, I may have to file for bankruptcy.

Zhao likes expensive things and gets a little carried away when it comes to overindulging. Like the time we went to Maui and she spent two hours and $____ (OMG!) amount on a piece of art while I drank beer in a bar watching the Superbowl and sending her nasty text messages: WTF? Where R U?!? Get to Bubba Gumps STAT.

So, I found it odd that at her holiday party I noticed that her tree, albeit beautifully decorated, didn’t don any lights. It looked as if she just pooped out after a half hour – she is a working mother, you know – and the odd part was that it was displayed in her front window for all passers by to see. I mean, if I were walking by Zhao’s house and looked in the window, I would be reminded of the tree scene in Poltergeist. How odd…and scary.

I didn’t want to make a scene by asking her in an accusatory tone at her party – I had to be mindful of Zhao’s influence on my new found maturity, which involved thinking before I talked, listening more, and not being so quick to point out people’s faults, especially hers. The last thing I wanted to do was make a spectacle out of Zhao’s homemaking skills, I mean she was feeling rather self conscious after dropping her kid on the floor and all.

I am proud to report that Pants and I left that party without incident. It’s probably because Yack was experiencing a very painful bout of constipation and wanted to “poop, mommy, I have to poop!” So we herded him out the door and bid our respects and head nods and Happy Holidays to our colleagues, the guests.

I had a hard time sleeping that night. Who goes to the trouble with getting a tree, putting very fancy decorations on it, but forgets the lights? Who does that? Especially Ms. Jimmy Chow, Ferrari baby stroller, VP of high powered association?

I waited until 7:50 to call her the next morning.

“Well, Vidal(that’s her partner, baby daddy, Brad Pitt type. I don’t think they will get married until everyone can. So 2010-hip), and I have this continued debate on whether to string colored lights or white lights. And you are probably going to side with him because well, you always do, but I refuse to put up colored lights on the tree. And since he won’t go to the store to get white lights because we already have colored lights here, I refuse to put up the lights. And every year I forget to go out and buy white lights, and inevitably refuse when I do remember because it’s too late, so the last few years we have gone without lights entirely.”

Me: “Do you think that’s being passive aggressive?”

Zhao: “No, it’s about not adhering to a cheesy decision because I can’t get my shit together at Christmas.”

Zhao: “Um, I bet you’re talking to me right now while you are looking at your Christmas tree decorated in those hideous colored lights thinking, yeah, they kinda suck.”