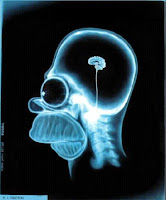 935-3678. This was my grandparents' telephone number during my childhood. Both have been deceased for well over fifteen years. Don’t ask me how I still remember this number. It’s not that I called them often when they were alive. (Regret).

That was their daughter’s job - to call them. My mother would call her mother at least once a day when I was a kid, and I remember this because I would spy on her in the hallway, peering at the curly cord of the phone that traveled under her bedroom door. Those two mean girls would talk about my preteen years as if my life were plastered on the cover of US Weekly. According to their secret conversations, I was not respectful, way too narcissistic (had to look that one up as an eleven year old), and just down right rude. The point is not to cast aspersions on Mom and “Dama”, although I would love to here, but to highlight the fact that I still remember that damn phone number. Still. To this day. Almost 30 years later.

Why, when I can’t remember that Tuesday is trash day, that my husband AND my mother’s birthdays are on March 23rd. which I have incidentally missed at least once. And most recently disturbing – I cannot remember who is older, my friend of more than ten years, or her sister. Typically, this wouldn’t be such a big deal other than the fact that I have asked her this question at least four times a year since we became friends. And every time she answers me, this is my response, “Ohhhh yeaaahhhh you (or she) are (or is) older. It totally makes sense. Sorry for asking again."

Retaining this information is important to me – being an older sibling myself, I find it necessary to understand the psychological effects of my friends in the pecking order of sibling hierarchy and to relate to who they are as people. Alas, I have no clue with my sweet friend.

If I had to take a test to determine whether or not I could function as an adult (thank God such a test does not exist), and the question of whether or not my friend was older or younger than her sister was on the test, I would have a fifty-fifty chance of getting it right. And here’s the most absurd detail, I asked her to answer this question for me not more than three weeks ago. That’s right, no recollection. Now, I do remember in detail asking her, but may likely have had a clinical blackout when she responded.

Permanent Fact: As of this moment, I have no idea whether my friend is an older sister or a younger sister. And I never will. Ever. Perhaps a tattoo on my forearm would help. But I wouldn’t trust it. I would question whether or not the tattoo artist took my word for it or asked my friend to verify the information herself.

So, why can I never remember this important fact, but I can’t seem to forget a phone number that I called maybe a handful of times; a phone number that belonged to two grandparents whose love of which I was not worthy? Someone, please. Help me regain my sanity. But wait, soak in this little anecdote before administering aid:

I don’t know how to spell my husband, Pants’ middle name. That’s not to say that I have seen it in print over fifty times – we have been married for five years, together for eight, and I have personally had to sign a lot of house loan docs, coupled with the three life insurance policies I have out on him (hence the benefits of marrying an older man). I have had to sign each doc, each page, under penalty of perjury (or whatever a notary spewed at me at the time). These types of official documents are required to be accurate.

“Ms. Brown, did we spell yours and your husband’s name right on these documents? Please check before you sign.”

Looks good to me.. Allen or Allan, who cares? They get the point. Why the hell should I be required to keep track of how to spell Alle(a)n? I have more important facts to retain (like that damn phone number). Unless it means that I couldn't cash in on some sweet moola if Pants were to happen to pass on accidentally. God forbid, of course.

Pants has corrected me several times when I have had to fill out IRS papers, refinance docs for the umpteenth time (blasted real estate market) and health care insurance applications, but without him flying copilot, I am all but lost.

What the hell is wrong with me? I need answers. It’s getting worse. I know my eighth grade band teacher's name (Berney), but can't remember who parted the Red Sea in Egypt. (It was Moses because Pants just told me as I posed this question out loud).

Let's face it - I know few things. Except for that damn phone number and a couple of other fartless facts like the champion quotes from the Bill Murray movie, What About Bob? “I need, I need, Gimmie Gimmie”. I also know that Oprah wheeled in 60 plus pounds of fat onto her stage in a Radio Flyer Wagon during an episode in 1988. I was sixteen at the time. Let that soak in.

Per my chosen career path, you would think that I would take these little idiosyncrasies and use them to my advantage by choosing a career in say, entertainment news. You would be wrong. Instead, I chose a profession that requires me to retain heavy amounts of detailed information on how water law works in California, what a discounted rate of return is when addressing public pension funds and what it takes to consolidate local fire services.

Oh, how I find myself in trouble, daily.

Right before I have to retain a crap load of information for my work, I find it soothing to breathe deeply and peruse Craig's list. It clears my mind and gives me some needed junk food for the brain - what are people calling out for in my own community? I don’t spend a lot of time memorizing the ads, ideally. (Although user #193348 is selling a "gently" used sectional sofa for $175), I just glance. Take a gander. Then it’s back to water flow standards, defined benefits and other brain teasers like unilateral implementation. Don’t ask me how I make the transition because I don’t rightly know.

My grandfather, who I affectionately referred to as Papa, died of Alzheimers at the young age of 74. He was an engineer-scientist-brainiac type who worked for PG&E for the better part of his adult life. This man could construct transister radios out of parts found in the trash bins behind his church alley. I was never one to take an interest when he got all weird and technical when describing his work, but I was incredibly impressed from afar.

I often wonder why his brain betrayed him in his elder state. I figure it had something to do with genetics, which means I am screwed, but perhaps it had a little to do with his insatiable need for more scientific information. Perhaps his brain couldn’t take it any longer, that it just pooped out. Perhaps that’s what mine is doing at the age of 38.

People’s faces never escaped my Papa, nor do they escape me. But names, forget it. I would wait impatiently for Papa to introduce me to a neighbor or friend or, God forbid, his boss. Never happened.

“When I don’t introduce you, it means I forgot the a-hole’s name, so do your Papa a favor and introduce yourself. That way, I will know it for next time.” Papa would ramble on about the fact that the brain could only hold so much information and that he didn’t have time for such trivial facts. But really, let's be honest. Say I did introduce myself. What were the odds that he would recognize and retain the information for the long haul?

Look, Papa. I get it. But don’t think that I or anybody else were ever planning to bail you out. The minute the "no name" introduced himself and said his name out loud and shook your hand, you forgot him except for twitch in his eye and his downturn lip curl. Period. That’s how it works in our world. I know this because I have seen you call the same people "buddy" or "kiddo" when you greeted them everyday as you took out the trash. I find myself doing the same thing.

I play Sudoku and do jigsaw puzzles in the hopes that it will reverse whatever Papa handed down to me. I read somewhere that mental exercises like this help with the process, and I hope to beat the genetic cards that I have been dealt, but that’s simply bullshit. I am not at a higher intellectual level due to these little time passers, nor do I feel I am cheating my genetic code. Simply put, I have a piece of the frontal (or rear) lobe that refuses to retain information the way most people do. And it’s something I have to live with, unless someone out there tells me what I have to do to change this little computer clitch, this mental hiccup. And if anyone has the magic solution to beat the odds, I am all ears.

I am all ears.

Let me end with this: in the context of work, I have one particular business partner who shows me up on the detailed-fartless-fact front on a daily basis. Not that I am bitter or anything, I find it a nice little bonus to our overall portfolio that we offer clients – a savant, if you will, of useless information that will inevitably get us through the proverbial door of success. Look, I know my limitations. I know that I have to read something at least four times – along with yellow (not green or pink) highlighter notes, coupled with a lot of “what’s your interpretation of this information?” questions in order for it to sink in. I get it. But it slightly irks me when my business partner can read this info on his handheld while walking into a meeting and sound like a patriot hero in front of the client when I have to spend the better part of a Saturday studying up.

How is any of this fair?

If the part of my brain that remembers my dead grandparents’ phone number were to throw me a bone and offer up some free space of memory for things that actually mattered like how to construct the perfect solution to a statewide budget deficit, or (alternatively) obtain an abundance of personal wealth, or for Pete’s sake, simply allow me to remember the date of my husband and mothers’ birthday, I would be eternally grateful and perhaps give back to the cosmos for my cerebral gifts.

Until then, I am bitter, thus selfish and envious of those who have what I do not.

A bonefide memory.
Posted by A Mordant Brown at 9:40 PM