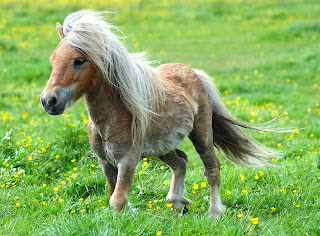 Several months ago I received a letter from the State Controller’s Office who informed me that I have some type of unclaimed property in his possession and that I should do what I can to claim it. I thought this letter had something to do with my request to interview Mr. Controller for a magazine for which I am a guest writer. So I thought it was odd that the letter was sent to my home instead of my work. Quick flashes of needing to find another interview subject smattered my psyche’s to do list and I was instantly in a foul mood. Alas, as I opened the letter, I quickly determined that I was wrong…

Oh, looky here. What could this type of property be? A pony that my grandfather left for me before he died? An ocean side bungalow that was left for me by an admiring aunt I didn’t know existed? Not knowing how to really read official documents from the Government had my head spinning with possibilities. I folded the letter up and took it to work… where I forgot about it… for two months.

I decided to clean out my car about a month ago after my son had thrown goldfish at my head while I was driving. As I took the industrial vacuum at the car wash to floorboards where pennies, dirt, goldfish and paper were abundant, I noticed that the vacuum had snagged on a letter that had gotten lodged in between my seat and the console. It took a bit of force to pull that piece of paper out of the sucking force of the hose, but I did it. And I unfolded the letter. What’s this? It was stained with red wine (how did that happen in the car?) and was frayed at the edges. I wasn’t sure what this document was as I had forgotten the excitement it originally conjured up inside of me. Oh, right. I have a pony waiting for me. I have to remember to call this number on the letter. I wrote down a reminder on the letter and stuffed it back in between my seat and console.

Another month went by. This time, I had pulled over to the side of the road during a long road trip, attempting to appease my son as he lost a ping pong ball he was throwing at my head as I drove. The ball had managed to roll under my seat, and being the responsive (and guilty) mom that I am, I retrieved it so he could resume hitting me in the head as we drove down highway 4. Alas, that same stained Controller letter was under my seat. Same wine stain, same frayed edges, but this time it had dirt, juice and footprint stains to accompany everything else I put this letter through.

Ah yes, my pony. I read the reminder that I had written on the top right of the letter: CALL THIS GUY. And decided that I should probably put it in my purse because I take my purse everywhere, well everywhere if I am wearing a matching outfit. It not, the purse stays in the car. (Maybe that’s why my car has been broken in to four times in the past year. I need to match my outfits with my purse more regularly). Anyway, the purse, and letter, eventually made it to my office. That was a week ago. And since today was the day I had to find that business card of the guy I talked to a month ago about some work stuff, I cleaned out my purse, looking for that guy’s contact info. And as luck would have it, I found the Controller letter again.

Ah yes, my pony. I picked up the phone and dialed the barely legible number. It took me three tries. (Is that an 8 or a 6? Could be a 3.)

I was greeted by an automated message: If you are calling about unclaimed property, please include the letter that the Controller sent you in an email to blah blah blah at blah blah dot com. I had to call back to get the email right at least twice.

I put the letter in my inbox with a note: SCAN THIS DOC. Granted, my inbox is pretty sky high these days. Which reminds me, I have to review a couple of things for work before I get to scanning the Controller’s document, which I will eventually..

But I have been thinking about a different approach. Maybe I will write Mr. Controller a letter instead of going through all the trouble of getting my pony. Maybe I will conduct a little quid pro quo to save me time and him some effort and money in coming up with gifts for friends and family. Maybe my letter will read something like this:

Dear State Controller:
I received your letter on November 3, 2009 regarding some of my unclaimed property. Tell you what, you let me interview you for my magazine and I’ll let you keep the pony. Think about it: the pony would be a rockstar gift to a young son or daughter at Christmas. I imagine that you aren’t spending a lot of time at home with the fam due to your very demanding schedule. This is an ideal way to raise your approval rating with the brood. P.S. I will even include pictures of the pony in the interview piece.
I’m willing to talk.
-The Brown Knows.
Posted by A Mordant Brown at 1:24 PM