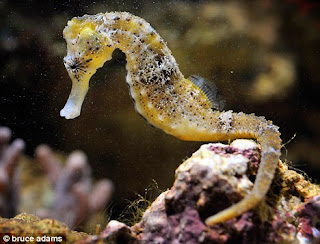 I have a secret – a surreptitious, Fort Knox-type of secret. Frankly, it shouldn’t be, but because of our ridiculous little culture and our need to keep tragedy at bay, we bury this secret deep in the bowels of our psyche.. that is until someone else has that same secret. Then, of course, it’s okay to share.

I am referring to the two painful, devastating miscarriages I had before Yack was conceived.

What I have since learned is that miscarriages are a normal part of the conceiving process. I know several women who have had just as many as I and more. The list is long and the information, short. So is the conversation. It simply isn’t discussed.

What pisses me off the most is that somehow our deep pain and shame over not being able to stay pregnant makes us women clam up, ignore this intense loss, act as if we simply had the flu. And we return to our daily routine trying desperately to hide the grief we feel from the people in our community. “Sorry, I had a stomach bug these past couple of days, and yes, that’s why my eyes are bloodshot and puffy.”

We women go so far as to hide our joy from the world when we do find out we are pregnant until we are at least twelve weeks along or see a heartbeat on an ultrasound, or both. What is slated to be the most thrilling times in our lives (if planned) starts off as an impossible secret.

Don’t get me wrong.. I get why we keep those first couple of months to ourselves. First off, if it doesn’t turn out to be a viable pregnancy we have to notify 586 of our closest friends that our greatest joy was a false alarm. Secondly, since we women care so deeply about not putting people in uncomfortable situations, we spare our friends the need to respond.

But here’s a thought. What if we didn’t? What if we talked openly about the anguish and heartache we feel when something like that happens? I can’t speak for all women who have had miscarriages, but I know this much – it would have been comforting to be privy to so many women in my same situation before I found myself in the fetal position on the bathroom floor.

Four months after Pants and I got married, we decided to “pull the goalie”. We were driving home from a weekend away, and it was just brought up in casual car trip conversation. "Hey, have you eaten at that roadside restuarant, and what do you think of having a child?"

We didn’t waste any time.

That same night I became pregnant. You don’t believe me? Two days later I was up at 4 a.m. eating egg and salsa sandwiches. Ask Pants. It’s true.

Ten days and four hours later, I took a test and although it indicated the faintest of lines -we had to adjust it to the light as we squinted until our eyes were almost shut, we were knocked up. We confirmed it by subsequently purchasing $120 worth of additional pregnancy tests until that line looked like a geometric y axis.

I then got on the horn and told only my closest friends and family. It was not until my forty-seventh phone call that one of my male friends, no less, told me I had better shut my trap until I was in the clear. What a sexist. What does he know about being pregnant?

Of course, I didn’t listen. I was preggo and I had stuff to plan.

Being a new parent was so stressful. I had to open a 529 college account, I had to get a crib, we had to come up with a name – both a boy and a girl, just in case. I had to get my hair cut - I heard that infants have a brutal Palmer grasp. Oh, and I had to learn to swaddle. All in nine months. I was a head case.

While busy planning my baby shower at week seven point five, I started experiencing severe cramping. I’ll spare the details, but I ended up on the bathroom floor for two hours from sheer despair. Side note: why is it that cool bathroom tile on the face is the only thing to combat utter dread?

During that time, I learned that four of my girlfriends had experienced miscarriages similar to mine. I asked why they spared me the info prior to my own. Here were their answers:

“I was so hurt at the time, but in retrospect, it wasn’t that much of a big deal.”

“I just looked at it this way.. at least I can get pregnant.”

More b.s. shoveled my way. First off, burden me. It would have provided a smidge of solace during my midnight crying jags. Second, it IS a big deal. And third, what good is getting pregnant if you can’t stay pregnant?

I paid a visit to my gyno, who told me that yes, what I have heard is true, that miscarriages are normal. He then told me in a very thick Chinese accent that I couldn’t get pregnant for three months.

Translation: I shouldn’t get pregnant for three months. But since I took his words literally, I absorbed that information into thinking it was impossible.

A month later, on a trip to Mexico, Pants knocked me up again.

I was elated and began planning with the fervor I had during my first pregnancy. That kind of bad luck doesn't strike twice.

I kicked down a cool grand on baby books, bigger bras – a girl can dream, can’t she? – and fashionable maternity clothes. My pants were already beginning to feel tighter and no, it couldn’t have been the extra egg salsa sandwiches I was back to eating in the middle of the night.

This time, I got wise and went to see my gyno the minute I read that positive pregnancy test.

But he sent me home.

He said that an ultrasound wouldn’t show anything until I was at least 10 weeks along. At that time, we would see the heartbeat and start to talk about lifestyle changes for the next nine months. What?! No sushi or cold cut meats? No beer? No coffee?

Three weeks was so long to wait so I occupied my time by trying on my new maternity clothes with pillows tucked into my new extra large undies. I didn't look so bad, just as long as I didn’t get pregnant in my jowls and underarms.

Pants accompanied me to the gyno’s four weeks later - we waited an extra week just to make sure. We were thrilled to be seeing our child’s heartbeat.

Except there wasn’t one. It looked like a little seahorse just floating in my uterus.

I didn't want to give birth to a frigging seahorse.

My sweet doctor gave me a choice. I could either have the miscarriage naturally at home, which would happen in about two weeks, I could take medicine to induce the miscarriage, or I could go into the hospital for a D and C.. a dilation and curettage. Scan to the next paragraph if you don’t want the details. Basically, the doctor opens the cervix and surgically removes the lining of the uterus by scraping and scooping.

I opted for the D and C for two reasons. First, I didn’t want to go through that horrid ordeal in my bathroom again, and second, they told me that they would have to knock me out and give me some mind numbing pain meds. You don’t have to ask me twice.

Pants and I arrived at the hospital and were swept up by the kindest nurse team I have ever met. Since I had never been admitted to a hospital, this was the only nurse team I have ever met. Are they usually that nurturing and accommodating? They put me on a gurney and gave me a hot water bottle along with socks that felt like they had been warmed in a microwave. Their sweet disposition (and the fact that I was getting a D and C) made me cry in chest heaving spurts.

A nurse approached my bedside as I was being wheeled into the operating room and told me the following: “I have five children. I had two miscarriages before my first and one after my third. It’s all a part of the conceiving process. You will be a mom, dear.”

I woke up in the recovery room to Pants reading me the book Marley and Me. He was at the part where Marley dies.

Pants misses the mark sometimes on "appropriate conduct under the circumstance" but he sure means well.

When I got home, I ate enough sushi for five people and downed two beers. Then I went to bed and cried for three more weeks.

During a post-D and C checkup, I asked my gyno to test me. I wanted to know if something was wrong with my insides, or worse, Pants’. He advised against it. Told me it would be a waste of time and money since insurance wouldn’t cover it.

“We only recommend testing couples when they have had three consecutive miscarriages.”

I know I could have probably lived through another miscarriage, but it would likely have done something to my brain permanently.

After three months to the day, Pants and I pulled the goalie and this time, I was pregnant with Yack, but not without its problems. I began bleeding at 14 weeks. I was put on bed rest, I was put on petosin. I was miserable and scared.

But then Yack was born and I had a whole new batch of crap to worry about.

Since those dark days, Pants has wanted to tell people about our experience. In fact, a nice couple was visiting for dinner one evening. They had just announced they were pregnant and very excited.

Pants felt obligated to tell them about our story and ended it by saying, “Just make sure you don’t count the chickens before they hatch.”

Never a time has that idiotic saying made more sense.

Now, arguably, Pants needs to work on his delivery, but his heart is always in the right place.

When I called my friend to express my condolences, I told her that I felt her pain. I told her that I know she will be a great mother. I also told her to be good to one another because even though it physically happened to her, he might be feeling the same loss.

I did not tell her not to worry, or that at least she can get pregnant, or that this is the universe’s way of making sure your baby is not a seahorse.. or the worst - that it’s totally common and in no time at all she will be pregnant and happy again.

Because all of that is b.s.

It feels like a death. It is a death. And it’s painful and horrendous and totally unfair.

And you are not alone.