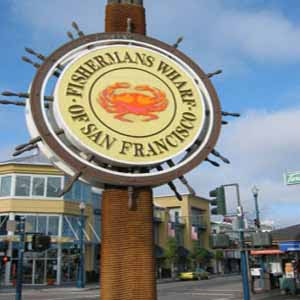 Speaking Spanish has always been a struggle – a brain teasing, headache ensuing struggle. And it appeared as though the more I practiced, the worse I became. I now know what the problem was – there were two, actually. First, I never took advantage of the times when I had zero responsibility as a young woman to hightail it to South America and waterboard myself with the language. Second, I got a late start.

I was in the seventh grade when I was informed that a foreign language was a requirement to get out of middle school. I wanted French. My mother demanded Spanish.

“When the hell are you ever going to speak French in California? Knowing how to speak Spanish is almost a prerequisite to live here, so suck it up.”

So suck it up I did, and I found that I actually liked it. I wasn’t particularly great at conjugating verbs or twirling my “rr’s” but man, did I enjoy the beauty of the language’s sound, the effortless way it rolled off the tongue – not my tongue – and the smooth accents that dangled in the mouth – certainly not my mouth. That didn’t stop me from practicing in the mirror, pretending I was a Spanish speaking news anchor. I knew I sounded like a wounded animal, but just like hearing your favorite song on the radio and transforming yourself into Cindy Lauper, I fantasized.

My pipe dreams of being an ambassador or translator quickly dissipated over the summer months when I went back to my native tongue. I thought about practicing so I wouldn’t “lose it”, but with who? My monolingual mother? And practicing took valuable time away from my eight straight hours of MTV viewing.

Going back to school – starting eighth grade Spanish– was like starting over. I struggled to remember what I was taught, struggled to maintain a B. But that wasn’t the point. Not for me, anyway. It was to be coherent. Making the grades was certainly the point for my mother, though. In fact, getting into college was her whole reason for my existence and foreign language credit was an item on her elaborate recipe.

When I reached high school, I tried to give up, but the ol’ ball and chain parental unit insisted I stick with it.

“Spanish will look great on a college application.”

Not if I can’t speak it, Mother.

How was it going to look that I took six years of Spanish and couldn’t talk my way to the bathroom in an emergency?!? This gave me pause: why could I sit down at a piano, open sheet music, read it and play after only a couple of tries, but place me in the front of a class full of Spanish speakers and my brain would be stuck in neutral?

It’s the difference of seven years. I began playing piano when I was five. I started taking Spanish when I was twelve. The frontal lobe that soaks up a new language like a sponge becomes more like a smelly old dish towel after the age of say, eight. I might be making this up, but I am pretty sure I am in the ballpark here.

As it turned out, the longer I took Spanish, the more I sounded as if I were a tortured cat. I developed this insatiable talent for butchering its words so badly, that my teacher, Seniora Henriquez typically responded with combined expressions of wincing and inquiry.

There are a couple of Spanish phrases I will never forget, however. Those are not your typical, “donde esta el bano” or “cuantos anos tienes”. I have committed the following to memory: “hay muchas aplicaciones” and “el protector del asiento inodoro”, which translate to mean “there are many applications” and “a toilet seat protector”, respectively.

I recall my biggest stress factor in my Junior year of high school wasn’t making curfew or boyfriends, it was being called on to speak in front of my Spanish class. I remember getting a progress report mid-semester and discovering that I was barely holding onto a C. This would be the end of my life if my mother ever found out.

Then she found out.

My mother scheduled a face to face meeting with Seniora Henriquez and learned that I wasn’t applying myself, that I had lost my confidence. I questioned how I had any to lose in the first place. Seniora informed my mother that I had one last chance to pull my grade up by doing well on the final: to show the class how to do or make something.

How about show the class how to flip the bird? That required zero Spanish.

“Just study harder, then you will have nothing to worry about.” This was my father’s brilliant advice over dinner.

My mother’s advice was to give me the stinkeye each night until I miraculously got a B.

I began to think of everything that could go wrong with an assignment like this, which led to a true panic attack that lasted until four days before the presentation was due.

My mother finally broke her silence and asked what I had planned for my final, and if that plan would bring my grade up. I politely informed her that I would be failing Spanish that year and that perhaps she should set her sights on a solid community college education for her daughter. She could save a lot of money that way.

“You have got to hit this out of the ballpark and I have just the plan. This is going to require some open minded thinking on your part.”

The “how to” assignment was derived from a concept that originated during one of our family outings in San Francisco, circa 1984. I was around twelve years old.

My family regularly took the train into the City on weekends for dinner and a little fun. We came from modest means so we typically ate clam chowder on the wharf and used our limited funds on whoopie cushions and fake snot at the cheap novelty stores. We would also walk. We would walk and walk and walk until our feet were the size of bread loaves or our complaints coincided with the last train out of there.

On one particularly whiny evening, my mother and her best friend, Lynnie decided to use the public restroom together while my father, brother and I sat on a bench and waited for the night to be over. As a side, Lynnie was an exact physical replica of Laverne from the Laverne and Shirley Show, which at the time I watched obsessively.

Ten minutes passed, and I had waited long enough. I was past ready to get my preteen butt back home. Just as I headed for the bathroom to check on them, my mother and Lynnie paraded out the door wearing toilet seat protectors on their heads.

Like a bad accident, I tried not to look, but couldn’t seem to avert my eyes.

They walked past us and began prancing down the wharf.

“What the hell are they doing, Dad?”

“How the hell should I know? And don’t cuss.”

Passersby stopped and stared with speculation. Some even asked what they were.

"Why, they are hats. They are also vests. Look."

Lynnie pulled the protector over her head and waved her Vanna White hand in front of her new collar.

The good, intoxicated people of San Francisco enjoyed their gumption. Some even went looking for a restroom so they too could have their very own toilet seat protector.

I, however, did not share in their jubilation. I, however, wanted to die.

But in a moment of uncharacteristic clarity, my father offered up the following:

“Pretend like you don’t know them, like they are some random crazy women, other kids’ mothers, and sit back and watch people’s reactions. It’s rather funny if you disassociate yourself from them. How do you think I have been able to stay married to your mother for so long?”

And so the night progressed with San Francisco providing a stage for my mother and her best friend. And a show I watched from a far.

“So, how many people in your Spanish class, Amy?”

Oh, we are so not doing this, Mother.

We planned to grab, or as my mother put it, "pilfer” at least fifty toilet seat protectors from the Denny’s down the street from our house

“You may need extras in case this trend catches on.”

You're always one step ahead, Mother.

I spent the remaining three days translating my oration into Spanish and committing the terms for “toilet seat” and “protector” to memory. This was motivation at its core.

My presentation was called “101 ways to use a toilet seat protector”, or “Ciento y uno formas para usar un protector del asiento inodoro”. This little nugget of a project landed me an A and a better command of the language.

It also landed me in the principal’s office when 50 high schoolers were strolling around campus with ass gasgets on their heads.

Explaining to the Principal that I didn't swipe them from the high school bathrooms, but from Denny's with my mother three nights prior was a difficult and uncomfortable conversation to have. Hey, at least I didn't have to do it in Espanol.
Posted by A Mordant Brown at 1:57 PM