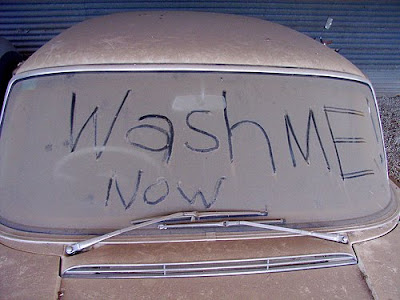 I am thankful for many “things” that I have in my life. Some of these things are actual things – my house. My job. My Southern Living Big Book of BBQ. My bathtub.

Most of these things are people. Putting aside for a minute (and it goes without saying), that I am thankful for my husband, Pants, our beautiful boy Yack and all of the family and friends I couldn’t live without, I focus on one individual who made me look at my life and those around me in a whole new way.

His name was Jim.

I met Jim in the lot where I parked my car for work. Jim lived in an abandoned garage about 10 feet from where my car resided for eight to ten hours a day, five days a week.

Jim bugged me. But I was successful in ignoring him for several months. He was dirty and he smelled bad. He always asked me what my name was, asked for money, food. This daily barrage forced me to be thankful that I had a job. If only Jim could get one too and leave me alone.

And then on a dreary winter morning, Jim inched his way into my cold narcissistic heart.

He did this by being funny.

“So what’s your name, darlin’? I keep seeing you every day, don’t you think we oughta be on a first name basis by now? Maybe you could muster up a 'hello' or a 'piss off'?”

What would typically be an averting of my eyes, I decided to look at him. Jim had a kind but worn face. I sized him up and figured he wasn’t a threat. I answered his question by giving him a five dollar bill and a smile. Perhaps this was my non verbal way of letting the homeless man know that I wanted to be left to my own selfish daily routine.

I smiled nervously and walked away.

The next day, Jim was waiting for me as I pulled into the parking lot. It was a Monday and I know this because I had just spent all weekend snowboarding the powdery slopes up in Tahoe. You could do things like that when you had a job.

Since it snowed all weekend, my car was a dusty mess. You had to squint to see its true cherry red color.

“Hey darlin’, this car is a mess. Where have you been?”

I didn’t answer. I just reached into my purse to pull out whatever money I had left over from the beer soaked weekend.

“I don’t want your handouts. I want to earn them. Let me clean your car.”

And so goes the first conversation I had with Jim:

Me: What are you talking about? How are you going to do that, Jim? You don’t have access to a hose.. or soap, obviously.

Jim: She speaks. She stings when she speaks. Just because my appearance doesn’t lend you to believe I have access to soap, doesn’t mean I can’t get it. Look, trust me on this, when you get back from work, this car will be shiny new.

Me: If you have this car cleaned by the time I come back this evening, I will pay you $20. In fact, take the $20 now because you made me laugh on a Monday, which is a hard thing to do.. I won’t even ask for it back if it’s not clean.

Jim: Ma’am, I am an honest human being. I want to do right by my country. See?”

Jim then pulls out a credit card from his Velcro wallet. He explains that he can’t use it anymore, but he did and that’s what counts. He’s a good American. That credit card is his reminder.

We part ways after we shake hands.

And I don’t wash my hands when I get into work. I cease to see Jim as dirty.

That evening walking back to my car, I figured I lost $20 to Jim and still had a dirty car. I made a mental note to hit up the carwash on my way home and perhaps give Jim a verbal lesson in over promising.

I saw the car before I saw Jim. It was spotless. Not a smudge in sight, as if I had taken it in to get it detailed. Unbelievable. As I circled the vehicle slowly, careful not to touch it, I began wondering how Jim did all of this. How did he get the water? The soap? Towels? Did he spit shine this thing? Pee on it?

I saw Jim sitting on the curb, arms behind him, watching me with a smirk on his face.

I prodded Jim further to tell me how he managed to clean my car in the middle of a public parking lot but figured that his resistance in telling me was probably for my benefit. Being a coconspirator in some code violation or misdemeanor theft probably wouldn’t be too good for the rep. So, I didn’t push it further.

Our subsequent days together, Jim and me, were filled with banter, story telling, some cash exchanges – one way, of course and hugs. Big bear hugs. I remember looking forward to having my moments with Jim when my work days started and ended. He even walked me to work a couple of times but stopped a few blocks short in fear of my being seen with him. He instinctively made the decision to skedaddle before he felt I had to ask him to, saving us both the humiliation of that happening. Funny thing, though, I wouldn’t have been embarrassed having been seen with Jim, more protective of him. He was my friend.

About a year later, the abandoned garage where Jim resided was torn down and in its place went an upscale restaurant. I boycotted it for a few months until I tried their fried zucchini chips. I rationalized that the restaurant owners had little clue that they took a friend away from me.

Jim was gone. No goodbyes. Nothing left behind.

When I was downtown, I made it a point to look in places where I thought Jim might be. A couple of times after a nice dinner out with Pants, I would order and extra pizza and have Pants drive me to the church steps. I would get out of the car and ask those cold homeless people huddled together in sleeping bags if anyone had seen Jim.

Invariably, they all told me that he had stepped out, that he would be back shortly and yes, they will make sure my uneaten pizza will get to him.

Several months later, I was in the passenger’s seat of my coworker’s white pristine 5series BMW. We were en route to pick up some expensive fish and a new light for her tank at work. As we rounded the corner, I happened to look over at the bus stop and saw Jim amidst his peers.

My friend asked why. I answered her by pushing the automatic window button and yelling out the car, “Jiiiiimmmmmmmm.”

He popped his head up among his crowd, saw that it was me, and came running.

“Amy, where have you been? Ha, I should answer that question. I had to leave. That restaurant was built and replaced my house. I have missed you. Still parking in the same lot? Heyyyy, nice car, and who’s this you’re with?”

While we were chatting, Jim’s friends all gathered around the parked car to get a look and by look, I mean touch. Their hands were all over the hood. And they were heckling Jim by asking if we were his girlfriends. I affirmed that we were.

Then Jim started to take off his shirt.

Jim said that he wanted to show me something. “I still wear the gift you gave me.”

I didn’t recall giving anything to Jim except for my loose change and dollar bills from my wallet.

Jim took off the six shirts he was wearing, one at a time, until he got to the very last one. It took awhile and coworker was getting impatient. He finally removed his remaining shirt and grabbed the pin that he had fastened to one of them. It read, “I’m broke.”

I am a lot of things, but mean spirited isn’t one of them, at least not since I have met Jim. I let him down gently by indicating that I didn’t get him that pin, and that I tended to disagree with it.

Me: “You’re not broke, Jim. I think you’re a very rich man. You have given me many wonderful things. I am forever indebted to you.”

Jim: “Well, when I make my first million, I am going to come find you and marry you.”

That was the second to the last time I saw Jim.

Five years ago, I was walking out of my hairdresser’s shop and I saw a shell of a man that resembled Jim. I yelled his name as if I was asking a question.

Jim turned around and belligerently asked, “who wants to know?”

Jim’s eyes were filled with yellow. He slurred his expletive laced words and stumbled down the street. His pants, holey and worn, were held up by a rope. He reeked of garbage and cheap booze. He told me to go eff myself. I got into my car and cried.

I think about Jim a lot, especially during holidays. He inspired me to spend my spare time at a homeless shelter where I help those without jobs put together resumes and 30 second, “tell me about yourself” pitches. I am not supposed to ask them about their past, what got them to this place, and I certainly cannot pretend that I know how to get them out. I am simply there to show compassion and be a friend. After all, I learned these special skills from Jim. I might as well put them to good use. It's the least I could do.
Posted by A Mordant Brown at 2:20 PM