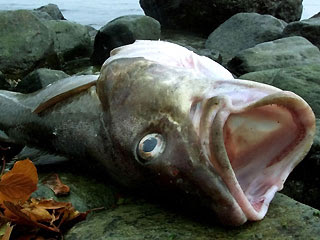 Yeah, it’s been awhile. Don’t bust my chops. I have been rehearsing for my theatrical debut. (More on this later.) For now, I thought it appropriate to comment on my March 31st goal of accomplishing ten pull ups. If it is dire for you to know why I decided on ten specifically, I will have you know that the actual amount didn’t come from me, but that sadistic she devil herself, Shira and that wretched gym she owns, Hell Incarnate. Originally, I set out to do four pull ups by the end of 2010 and after several torture sessions that included medicine ball hurdles, bear crawls (don’t ask), and umpteen burpees –(Lucifer’s way of inflicting pain on the innocent) I barely managed to hump my chin up to the bar four times. But that didn't seem good enough for Shira. She wanted 10 out of me.. by March.

So, March came and went and don’t think I took this little “bring-her-back-so-she’ll-continue-to-pay-her-member-dues” gym challenge. I managed to max out on eight pull ups by my allotted due date. Oh well, game over. Thanks for playing.

Then April 6th rolled around and Shira asked if I had accomplished my goal. (She was out gallivanting at power lifting “conferences” in places like Ohio and Utah for the better part of March and wasn't around to keep an eye on my progress.) I whispered that I accomplished my ten and let’s leave it at that.

She knew I was lying.

I am not very good at lying. My eyebrows elevate, clown like and I have a stupid drunk look on my face.

Well then, Brown, let’s see them because I don’t believe you.

With head bowed, facing my ultimate failure in front of one of few women I do not want to disappoint, I headed for the pull up bar. Might as well get this crap over with so the requisite ridicule can ensue.

I got to eight, then nine – it should be noted that by this time, I resembled a maimed squirrel who has been hit by a car. Tail thrashing about, my little frail arms close to snapping, head bobbing on top of an almost non functional neck. By number nine, I had stirred up quite an audience in the gym, thanks to Shira. The cheers, “Go Brownie. Don’t Give Up. Pump Those Bi’s” (Insert obligatory sexual orientation joke here).

I won’t lie. Those words of encouragement from other victims of gym hell sure pushed me into thinking that I could lug one more pull up out of my being. And even though I felt like a beached goldfish, I yanked my way to victory. I dropped in exhaustion as Shira uneventfully proclaimed, “Hmph, I guess I will give that to you.” Apparently, you have to keep a modicum of immobility when you are being judged on proper pull up etiquette.

Whatever, Shira. I’m done. See you next week.

To hell we are. Oh wait, where was I?

With Shira’s coaxing, and my peeing in my pants a little, I managed to max out on dead lifts that day too. I did a sumo style dead lift – legs spread, toes pointing east and west, hips forward. This was more appropriate than the regular toes forward, feet shoulder length apart due to my physical limitations (the club foot doesn’t allow me to have my right heal firmly planted on the ground). Sumo might be easier, but Shira didn’t let on that it was. She just said that after 200 lbs it was my max, but we shall return to this spot for more weight when I recover.

Um, no thank you. I don't plan to recover from THAT.

Perhaps I will avoid her for awhile. Perhaps I will go to the gym – because I have a Midtown S&C addiction, and just not make eye contact with her.

That might be hard since I have a private lesson with that She Devil on Friday.
Posted by A Mordant Brown at 7:48 PM