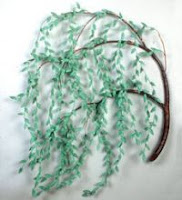 Our Tough Mudder team name is the Archivers. At first read, it’s rather confusing. What does an archiver have anything to do with a group of idiots planning to meet a fate worse than death on a mountain that is 8,000 feet in elevation? Is “archiver” even a word? According to Wikipedia, a sound and trustworthy source of information on the Internet, a “file archiver” is a computer program that combines a number of files together into one archive file. According to Webster’s, there’s no such word. Archive, yes. But Archivers?

Many brave souls on our team are accepting this identity in blind faith; most have never even asked where that name came from or who came up with it. Most are probably more preoccupied about whether they will make it through the “Ball Shrinker” obstacle course, which entails traversing across a river in waste deep ice water while holding on to a rope. They have little time to ponder the origins of such a… well, stupid team name.

The Archivers originated circa 2000 when I was fortunate enough to win a fitness magazine contest where I was shipped to a fat farm in Utah for a week to endure the pain of eating flax seed pancakes and performing circus routines which are now commonly known as Pilates. They picked me because I penned a sob story about my club foot (true, I have one), my horrible eating habits (kind of true) and the fact that I run, but have never lifted a weight or taken a yoga class in my life (not true).

I didn’t consume alcohol during the entire week at the fat farm – complete torture on its own – and learned to eat slowly and breathe deeply. I came home refreshed and five pounds lighter. At the time I was dating an ER resident who picked me up at the airport upon my return. Said boyfriend had no interest in listening to my enlightened sense of self, but his father did, who was also in the car.

So, the boyfriend's father, “Bob” and I headed back to our house for a little wine and debriefing while tired and overworked and uninterested boyfriend headed back home for “an early shift” at the hospital.

My roommate at the time joined in the conversation and the three of us talked about my magazine trip and how inspired I was upon my return. The conversation turned to our goals and dreams for the coming year. We put together an implementation plan and found that our fate was sealed. Bob wanted to learn to stain glass. Litha wanted to take a pottery class. I wanted to keep up with my new way of eating and also learn to be nicer to people.

I suggested that we meet once a month to check in on how we are doing with our goals and came up with a name, just to inspire ourselves. We were to offer constructive feedback, assistance and encouragement.”

I also suggested naming our group the Willow Tree. In the material that I brought home from the hippie fat farm, there was an old Chinese story about how a Willow tree that does not bend in the wind, will not last in the storm. I don’t remember where it originated, but it sounded good at the time.

We finalized our next meeting and departed for the evening.

The next day I received the following email from Bob:

Amy – I am very excited about our motivational group. We should expand it to others. I have to say, I don’t like our name. It sounds too girly, and as you know, I am not a girl. How about the Archivers?

I read the email twice, not really understanding what he meant so I called him and asked for an explanation, as I didn’t really agree with his assessment of the term Willow Tree and what the new team name meant.

“What do you mean, Achievers seems to be a perfect name. We are attempting to ‘achieve’ our goals.”

Bob should have added “improve spelling” to his goal list.

I forwarded the email to as many people as I know as making fun of people’s mistakes and shortcomings is a satanic pastime of mine. I incorporated an epilogue to detail intent, and background.

After reading my email, my buddy Vince, the crazed friend who got us involved in the Tough Mudders race and (still) friends with my ex, facilitated a meeting of the Archivers immediately. It was held at a brewpub. I was the self proclaimed President. We were to grade the difficulty of our goals and progress.

After two meetings, I was overturned in what could only be described as a secret coup. Apparently, I was “too hard” on my fellow Archivers, using terms like “lethargic” and “lame” to describe reasons behind the F’s I gave across the board. For example, Vince’s goal was to learn to swing dance before our next meeting – a laudable goal in my opinion. He not only neglected to practice one time, he didn’t even take the “How to Swing in Five Easy Steps” video tape out of its plastic cover. His fellow Archivers gave him an A for effort for actually buying the video. This was a clear illustration of what is wrong with Generation X – pure laziness is rewarded.

After I was overthrown as President, a new “softer” President was elected. She happened to be my old roommate who helped to originate the group back in the day. This seemed like an appropriate replacement for a couple of reasons: first, she had the institutional knowledge of the origins of the group, and secondly, she was so soft on effort and didn’t want to offend anyone, that it appeared as though people ceased to feel pressure. Note: an Archivers meeting has yet to be convened since my departure. That was 7 years ago.

So here we are, the Archivers back in action attempting the feat of our lifetime. I imagine that if history is the dictator of our success, we will likely form a group of pathetic quitters at mile point five, and archive ourselves in the “first team to need an oxygen mask” or “Most frequenters of the First Aid stations” categories.
Posted by A Mordant Brown at 5:19 PM