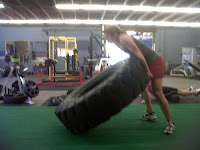 I am back in action, as it were. Work has become a little less hectic and in turn, my new little mission is taking over my life. Let me be clear about something: my number one priority is my family, but because of my overly efficient and controlling ways, my sweet family members are running on autopilot. (Thank sweet Jesus for Jack’s preschool and Pant’s willingness to join me in this physically daunting crusade). I now have time to abandon all other duties and put myself through physical and mental torture in a weak attempt to survive the feat that is Tough Mudder. I have come to the pathetic conclusion that the only reason why I have committed myself to this task is due to the pride factor plain and simple. My ego is too big to back down.

I began working out at a new gym about five weeks before I actually signed up for the Tough Mudder event – set for October 9th. It was early August and I was panicking about verbally committing to compete, but not physically committing to survive. I was complaining to a friend about my utter stupidity when she suggested I try the torture chamber that is Midtown Strength and Conditioning. I had only heard of it a few times -once during a rubdown from my sweet masseur (“you know, if you just use a kettle ball every once in awhile, this shoulder knot will disappear, in fact, I belong to this gym where you push tractor tires down a long path”). Not quite the relaxing massage I had paid for – the workout sounded dreadful. The second time this gym was brought up was by a friend who said that she attends the 6 a.m. morning anguish class where they throw sandbags and do Russian twists with medicine balls. No thanks.

Once something is brought up twice by two different people who don’t know each other, it’s destiny. I had to join. So when this friend, sick of listening to me complain, said that joining this gym is the only chance that I had of surviving the race, I arrived, checkbook in hand that very same day.

To describe that I was intimidated would be a huge understatement. Try petrified. I heard the gym before I walked in the front door. Grunts, yells and huffs were heard through the rollup garage door before I entered. I hadn’t heard sounds like this since.. well, let’s move on.

The place smells of metal and steal and sweat. It’s wrought with gymnastic rings, sandbags, kettleballs, football sleds and a hell of a lot of jump ropes, which I hate with a passion. It’s also crammed with burly men, and some kick ass women. I tiptoed in, looking for the manager.

“You must be Amy. We have been waiting for you.” A message from God, or Goddess in this case. Her name was Tara. Her smile was inviting. My fear dissipated but only a little. I explained what I was doing there. She knew the story. Jeez, this town of 400,000 people is sure small.

“Tough Mudders’, huh? Well go change, we have work to do.”

I was immediately relieved to know that a woman would be training me. Who else knows my body but a woman, and maybe my husband but that’s not appropriate blogging etiquette. I changed into my spin bike outfit – so not conducive to what I was about to do – and was greeted by a muscle of a man named Camilo. Wait, where’s Tara? Apparently, she ran the morning classes and tricked me with her sweet inviting ways.

Camilo was on me in seconds, even before I headed for the door. Just as we started our routine, my buddy Vince joined us. I use the term buddy lightly because he is the one who got me into this blasted race in the first place. I was happy to have misery join me in what would undoubtedly be the most painful experience of recent history. The following is our first day’s workout. (It has since increased in reps, weight and pain as I hit week #6):

Scrawled across the dry erase board at the mechanics garage turned torture chamber:

Tough Mudders Do Three Sets of Each:
Russian Twists – 20x
Jump rope – 100x
Burpees – 20x (for those who don’t know what these are, ask a retired high school football player)
Mountain climbers – 30x
S Street Run – this is where you run, not jog, two blocks down the street
Alligators – this is where you hold ten pound dumb bells in your hands in the push up position while your toes are in the curves of a twelve pound plate. You must drag the plate while moving your weights across the floor. These are the epitome of hell.

Don’t forget to rest for 30 seconds in between reps.

When Camilo is feeling nice, he will have us also do dead lifts, pull ups with rubber bands, and sled pushes with 50 pound weights on them. What a sweet guy.

I started off going to this gym twice a week. I now go four. You must be wondering what I look like after working out like I am competing in a body building championship. I am about to tell you: I have gained six pounds – yeah yeah yeah, muscle weighs more than fat. Put a cork in it. I eat twice as much. That’s why I have gained weight.

And, as icing on that delicious cake, my mother told me this weekend that if my arms get any bigger, she is going to start getting the hots for me because I will cease to look like the woman that I am and cross over into dude land.
Posted by A Mordant Brown at 11:47 AM