The She Devil - Creating a Monster 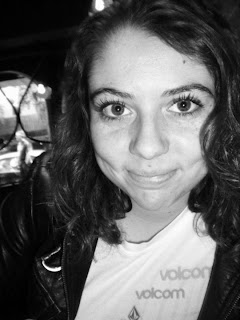 I have been duped. It’s a hard pill to swallow by admitting it, but I have been duped. I was a little fish swimming along in my April Fool’s pond and got suckered by an enticing worm on the edge of a fishing line.. and I bit. I not only bit, I held on for dear life until my April Fool’s Day joy seeped out of me like fish guts.
And April Fools will never be the same for me again.
Up until April 1, 2010, the coveted day was a true favorite. I attribute my enjoyment to my successes. I was good at April Fools’ Day. I wasn’t only good, I was stellar. Being one step ahead of friends and family was an art, and I had mastered it.
My obsession for pulling off the perfect prank started very young. I remember my dad busting into my room at 6 a.m. on 4/1 telling me to get up because the garage was on fire and we needed to get out of the house asap. Or the time he had a friend call the house phone, and he pretended to be talking to the principal about my bad behavior. I even recall a time my parents told me that school was cancelled that day only to be startled into reality with the pair of them yelling, “APRIL FOOOOLLLLS” at my bedroom door.
This went on for years until I took over. It was my turn to take the torch and carry on the bounties of a family trait that had thrived in our household for decades.
And so in college, I set up a friend to call my mother and tell her that she was a rental car representative and that her 18 year old daughter rented a car with a fake ID and they had apprehended the vehicle at the Candadian border. That really burned my mother a new one. I would like to think she's still licking her wounds.
Or what about the time I pretended to be a guy on the other side of campus and called my slightly desperate friend for a blind date. This being prior to cell phones, my friend had a nice little three day phone relationship with several boys of College 8’s second story dorm who happened to answer the pay phone in the hallway at any given time. I still owe those gentlemen a big thank you.
My friend was finally ready to meet the man of her dreams. Unfortunately, when she appeared at the coffee shop, hair quaffed, perfume wafting in the wind, she realized that the guy sitting at the outside picnic table under the umbrella smoking a cigarette with his hat on backwards, shades on, was actually me. That was a goodie.
Another memorable experience can only be explained by a member of my most distinctive and proud posse. You can find her ode here:

Next time I see the She Devil, I must remember to tighten the bolts behind her ears.
Posted by A Mordant Brown at 3:24 PM