Don't Speak For Me 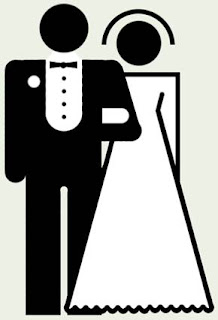 I recently read an article in one of my favorite guilty pleasures. The magazine shall remain nameless not because I want to protect its bad choices in topics, or save it from tumbling into extinction, rather saving myself the embarrassment of admitting I read such crap. Oh, and by the way, I do read real books by real authors, but I will save my eclectic and sophisticated repoitoire for another time.

The article seeped under my skin. I have been quietly obsessing about it for two days. It was written by a famous actress who was giving advice to men about what we liked. “We” as if she were speaking on my behalf because we both have the same genitalia. (Not the same size necessarily, as she wears a bra size you can’t find in the full figured section of Target, and wears panties smaller than the petites you find in the little girl’s section on the other side of the store). So, this caricature of a woman believes that she’s of the authority to speak on behalf of all women. “This is what we expect out of you, boys, so listen up because I’m hot and on T.V. and if you fantasize about me, you need to know the ground rules." Yeah, whatever.

Do I sound bitter? It’s because I am – I strongly disagree with everything she proclaims in her advice column and the fact that she is drop dead gorgeous adds to my distain. Let’s dissect, shall we?

Her first assertion is that “WE” love your body – your potbelly, everything. Even if you’re insecure about something. She goes on to write that WE embrace everything because it’s you. That’s sweet and all, but I call B.S. If my dear husband were to find the 30 pounds that he lost eight years ago, I wouldn’t “love it because it’s you.” I would stick a SugerBusters book in his face and start feeding him tofu for breakfast. And I’m not the only one who feels this way. My mother is constantly hounding my father about the amount of food he shovels in his mouth, she subconciously picks his ear hair, and tells him he needs to shave if it’s been a couple of days. I know other women who feel the same way, but will keep them out of my thesis.

Boobylicious' second assertion is that WE remember forever what you say about the bodies of other women. In other words, comment on a pretty girl, we will remember what you said, how you said it and what you were wearing at the time. Now, this I can agree with. If Pants makes comments about women around town, I have been known to put that piece of vital information into a steel box, but Ms. Advice Columnist believes that we do so because it’s about learning what you think is sexy and how we might be able to convey it. “It’s about keeping our man by knowing what he likes.”

Wrong. We remember this tidbit of information should this woman’s name come up a second time. In which case we then conduct a name search on your email account when you are taking a nap, just to make sure that there are no indiscretions. Emulation has nothing to do with remembering these types of comments about other women. We have no desire to be like her. We do have a desire to cause her bodily harm if we find that you are cavorting with her via the Internet.

This famous knowitall, goes on to demand that you should never complain about our friends – even if we do. “You are not to pile on”. Well, I say that if you don’t agree with us and add a few “yeses” and “you’re right, she has been acting crazy lately”, we will draw the conclusion that you know something we don’t and your email will be checked again while you are napping. Always join in when we are frustrated. It brings us closer together as partners.

“Remember what we like”, she goes on. This one actually started off on the right foot but lost me towards the end. “Listen to us, do research and then surprise us with a gift that pertains to something we mentioned several months ago.” Okay, I don’t know about you, but I have a tendency to change my mind pretty frequently and if you don’t check in to see if I still think that new WII Fitness is the shizzle, you may be out $300. It sounded good at the time, but walking up the stairs to our office instead of taking the elevator is the only exercise we can fit in these days. In fact, we may not even be using the word, “shizzle” anymore to describe our glee.

Here’s a doozy: “We want you to order Scotch. It’s the most impressive drink order. It’s classic.” According to who, Ms. Double Dees? Last time I checked a good old fashioned Guinness worked just fine, and a Pacifico and a Margarita and a martini and a regular old diet Coke. Besides, why would I care what you drink as long as you drink enough to find me attractive at the end of the night. Also, Scotch smells bad on your breath and doesn’t really go well when you’re dancing the Humpty Hump.

The article wouldn’t have been true to its clichéd form if she had left out the passé advice of: “Stand up, open a door, offer a jacket.” I acknowledge that chivalry is an endangered species but let’s apply it across genders. I will gladly open a door for you if I see your hands are full. Rarely do I show up in the rain and snow without a jacket, and if you stand up in a meeting when I enter the room, it will only show that I am very late and will embarrass me further.

Here’s the one that had me bundling up the magazine for burning later: “No man should be on Facebook. I don't need to know what you're doing.” I’m sorry, 14 year old boy booty, but you are so far off the mark here. What’s wrong with being a male and being on Facebook? Frankly, I personally find status updates of my male friends to be enlightening and sweet and sometimes hilarious. Recently, Pants posted a status update that read: Love this quote of the day, "after ending his sixth marriage, rocker Greg Alman says that he's starting to think it might have something to do with him". Now that’s funny. So funny that I came home from work that night and asked him if he wanted me to make him dinner, because he deserved it because he’s so funny. It goes without mentioning that Faceboook is also a great way to spy on your significant other in order to fulfill the requirements outlined above.

This brainiac ended this stellar one-pager by writing: you don’t understand the power of your own smell. “We are with you partly because we love the way you smell.” While this can be true some of the time, I beg to differ after my husband eats a burrito or ice cream – he’s lactose intolerant. Then I don’t really like his smell and contrary to what this woman’s intent is, will not “suddenly get light headed over your smell.” It’s intoxicating, yes, but not the way this woman means it.

The next time these magazine editors want an honest assessment of how “WE” think about the world, and what advice or observations WE can give to men, here's a little advice: don’t go picking some cherry-eating trollop whose cleavage runs right up her nose and into her brain.
Posted by A Mordant Brown at 3:07 PM